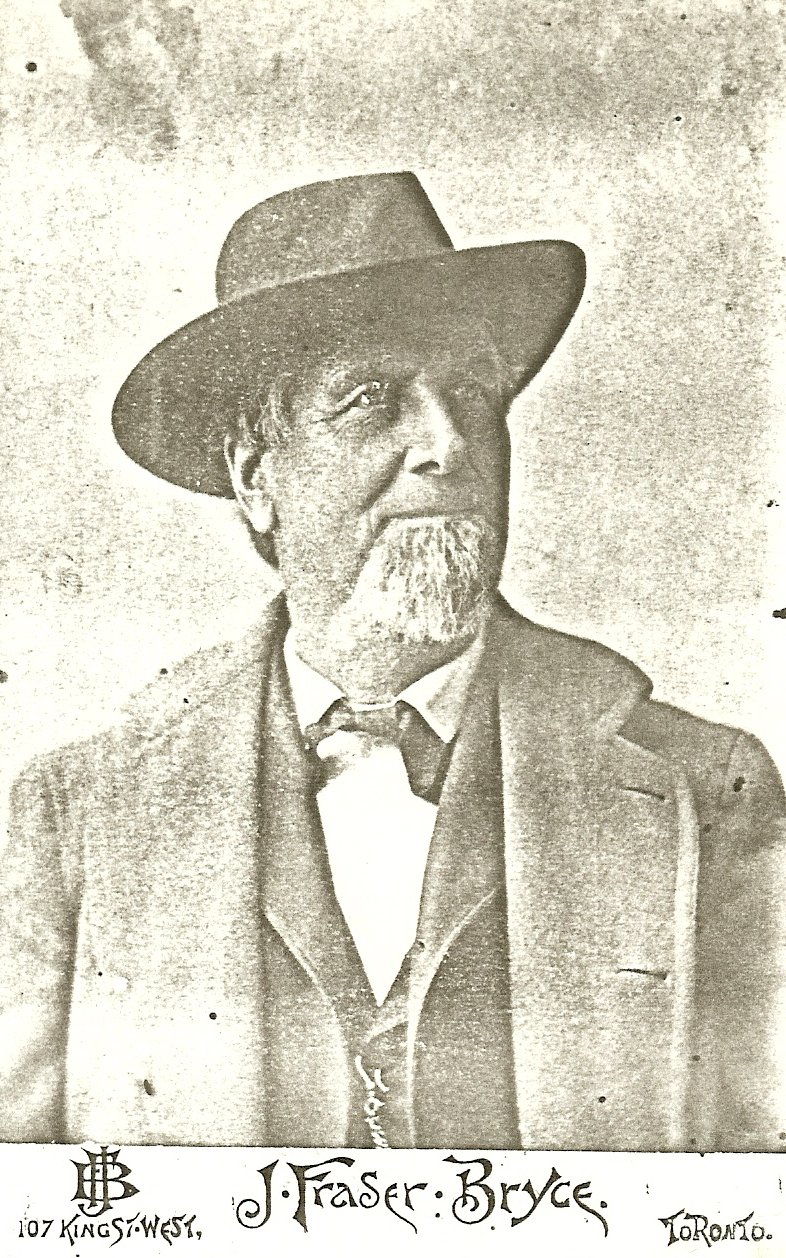 James emigrated to America 1842 settled in Niagara, NY. In 1844 he set out for northern Illinois, setteling in Jo Daviess County, Illinois.
He worked in the mines and farmed. In 1850, in company with Donald McKenzie, Joseph Hutchinson and others he made a trip overland to the
gold mines in California, returning in 1852.

In his native Scotland, James was employed in a woolen factory. About 1862, he started a mercantile business in Elizabeth.
He played a most prominent part in the business interests of the Elizabeth community, winning for himself by his business integrity
a reputation for honorable dealing among a wide circle of patrons. In 1882 he sold his business to his sons, and the business became
J. P. Fraser and Company. The Fraser's two story home was in Elizabeth, on the hill south overlooking the train depot. The house is still standing
and being lived in today.