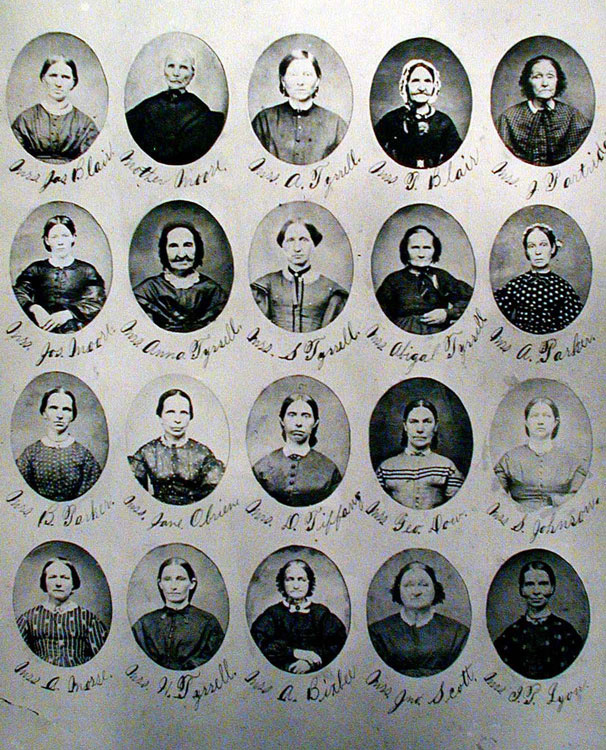 Women and Wives of Early Settlers of Wards Grove

This photo is of the women/wives of Wards Grove Settlers. Ray Justus submitted a photo of the men,
but it was labeled as "Early Settlers of Jo Daviess Ill". The photo is actually only the early settlers
of Wards Grove, not the whole county. My cousin, Carson Yeager, had the photos of both the men and women.
Some are wives, others are not. It was a very large photo and much too big to scan so I took a photo
with my digital camera. Because of this, the quality may not be the greatest. --Lyman Carpenter

On the top row, the second photo is simply labeled "Mother Moore".
I believe it is "Submit 'Mitty' Graves Moore".
An article chronicling her life can be found here.